The Senders Report can be found by navigating to Reports->Senders 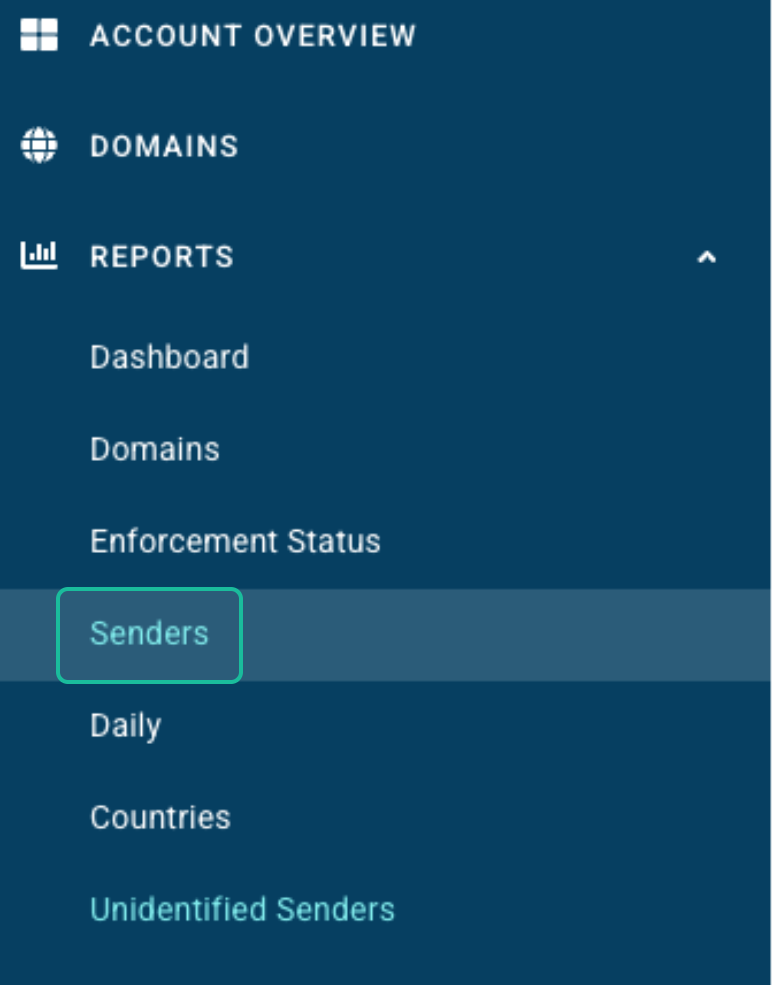 This report outlines DMARC information grouped by recognized sender and defaults to the last 7 days across all of your domains.

Columns on the report

Did you find it helpful? Yes No

Send feedback
Sorry we couldn't be helpful. Help us improve this article with your feedback.

Are your domains secure?